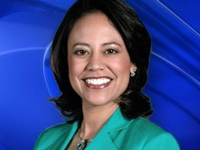 Cynthia currently works as a main anchor at KOAT-TV in Alburquerque, New Mexico. She has been at the station since January of 2000, where she worked her way up from general assignment reporter to co-anchor of Action 7 News Live at 5 p.m., 6 p.m., and 10 p.m.

She looks forward to returning to Dallas, where she grew up and where her family lives.