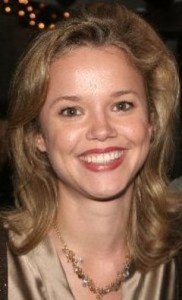 There’s an update on a story I posted yesterday about New Orleans anchor Helena Moreno leaving her news job to enter the world of politics.

She has hired Greg Buisson as her political consultant, although she has not yet publicly announced her intentions. A story in today’s Times-Picayune indicates she is indeed considering running for a seat in the U.S. Congress for Louisiana’s 2nd District, which covers most of New Orleans.

That seat is currently held by Rep. William Jefferson, who was indicted in June of 2007 on federal charges of racketeering, money-laundering, soliciting bribes and obstruction of justice. He has refused to vacate his congressional seat, so now his trial is on hold while an appeals court determines whether his status protects him from prosecution. There’s talk the stalling could prompt him to seek re-election in the fall.

This could very well be one of the reasons why Helena might be considering the move – added to the fact that she’s apparently frustrated over a stalled post-Katrina recovery progress.

“She has a strong desire to be involved in public service,” Greg Buisson told the T.P. “It’s fair to say she’s frustrated by the level of inactivity in some areas, and that has led her to get much more involved. She’s exploring the best opportunities to become involved.”

A formal announcement of Moreno’s congressional candidacy could come within the next two to three weeks.

According to co-workers, the 30 yr-old Helena, comes from a wealthy family and intends to self-finance her campaign. She has yet to announce her political affiliation, but New Orleans has voted predominately Democrat.