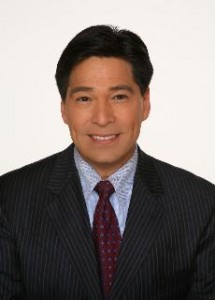 Mark Suppelsa, who has been anchoring WFLD’s marquee 9 p.m. weekday newscast for the past 5 years, did not renew his contract and was taken off the air immediately.

David was named interim anchor for the 9 pm newscast. He will continue to co-anchor the 10 p.m., a job he’s held since April of 2007.