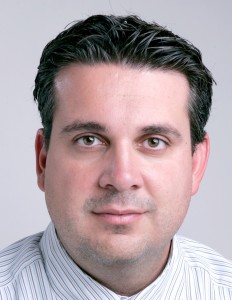 Reporter Fred Ortega is switching gears. He leaves the Pasadena Star-News, where he has worked for the past two years to become community affairs deputy for Board of Equalization Chairwoman Judy Chu. Fred previously worked as a city hall reporter at the Glendale News-Press.

Why the move? Fred tells me: “The instability in the newspaper business right now was a real factor, even though I felt relatively safe in my position. But with rumors of more layoffs looming, and a family to support (my wife and I have a daughter, with a second one on the way), the security and benefits of a state job combined with the opportunity to work with a politician whom I respect and with whom I agree with philosophically, was too good to pass up.”

Fred didn’t take a break between jobs. His last day with the Star-News was yesterday and he starts his new gig today.