Diana Washington Valdez, of the El Paso Times, was selected as this year’s Frank del Olmo Print Journalist of the Year – an award handed out by the National Association of Hispanic Journalists.

Diana’s work includes the book “The Killing Fields: Harvest of Women,” about the chain of murders and disappearances of the women of Ciudad Juarez. 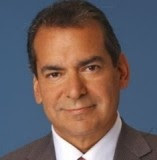 Jim Avila of ABC News was chosen Broadcast Journalist of the Year, for his work and “commitment to mentoring and working with the next generation of journalists.” He also won in the TV breaking news category for “The Faceless Victims of the California Fires,” about the plight of undocumented immigrants during last year’s San Diego fires. 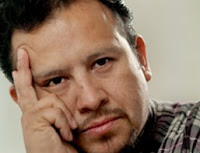 Ray Chavez, of the Oakland Tribune, picked up the Photographer of the Year award for his series “The Mayan Way,” that documented the lives of Guatemalans and immigrants, in addition to the mentoring work he does outside of the newsroom.

NAHJ’s leadership award this year was given to Maria Hinojosa, of NPR’s Latino USA.

You can find the complete list of winners and samples of their work on the NAHJ Web site.