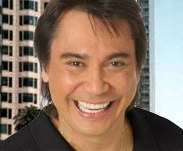 Renán Almendarez Coello, known as on-air personality “El Cucuy de la mañana,” signed off from KLAX, 97.9 “La Raza,” on Monday. He had been working at the SBS radio station in L.A. for the past 5 years.

Renán told La Opinión it was a personal decision, dispelling any rumors that he was fired. He said he plans to build his own radio network. He currently owns a radio station in New Mexico. He will continue to host and produce Azte Pa’ Ca, a TV show which went on the air in February on Azteca América. According to a press release, he also plans to develop talent for his record label, Michel Productions.