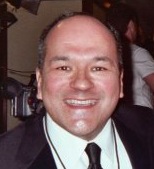 After more than 7 years with the Los Angeles Daily News, entertainment writer and columnist George Hernandez has become another layoff casualty. He was given the news yesterday afternoon, after finishing his Oscar coverage.

Greg blogged about his layoff on his “Out in Hollywood” blog, where he expressed his gratitude to the DN for letting him be an openly gay man: “For about seven years, I spent what have been, so far, the happiest days of my professional life. At times, I felt like I was at Disneyland it could be so much fun.”

George was worked out a deal with the DN that will allow him to take his blog and the archives with him. The blog will continue under a new, to-be-determined address to be announced later this week on the current site.