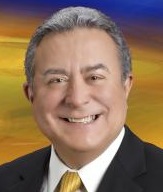 Rodolfo José Cárdenas will no longer anchor Univision Denver’s 5 and 10 pm newscasts. He said goodbye to his viewers yesterday on the air.

Entravision, which owns the station, told staff he is retiring. However, if you listen to the farewell story that aired during last night’s newscast, Rodolfo himself says he wasn’t ready to end his career at the station.

Rodolfo, who’s originally from Venezuela, started his career in journalism in Denver in 1984. He joined Univision in 1995. He created the station’s news department and has been the main anchor for 14 years. In 2003, he became the first Hispanic journalist in Colorado to receive the Broadcaster of the Year award from the Colorado Broadcasters Association.