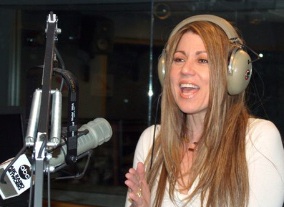 Motivational speaker María Marín’s radio show will now also air Monday through Friday.  “Tu Vida Es Mi Vida,” which was airing on Sundays on 27 stations in major Hispanic markets across the country, recently celebrated its 2 year anniversary on the radio.  The weekday show, which focuses on Latina empowerment,  launched yesterday on 17 Spanish-language stations.