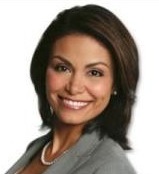 Wendy Corona is suing KPRC for breach of contract and defamation. She was laid off from her 4 and 6 pm anchor job in early January. Back then, the news director said her departure “was an economic decision.”

According to the recently filed lawsuit, Wendy signed a 4 year contract in 2006, which allowed for her dismissal after the first 2 years as long as she received a 90-day written notice. Her attorney is saying the company dishonored her contract. The Houston Press reports Wendy is seeking damages for lost wages, benefits and damage to her reputation.