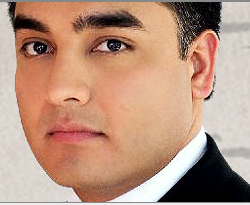 Vicente Serrano has been busy since he was laid off from his anchor gig at Telemundo in Chicago back in May. He started a blog published on Tribune’s Chicago Now. Meanwhile, his production company, Mechicano Inc., will be launching a daily TV news magazine called “Sin Censura” to air on Azteca América’s Chicago station in August, with plans for national expansion.

Vicente tells me the hour long show will focus on one topic, with an investigative report followed by an on-set discussion. He’s rounded up a team of 15 people who will be working full time to produce and sell the show. María Morales Salazar is the executive producer. Other team members include correspondents Viviana Avila, Enrique García Fuentes and Esmeralda Medellín.