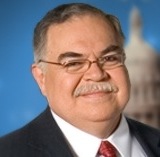 Fred Cantú has been a popular anchor at KEYE for the past 7 years. But now the station’s president and GM, Amy Villareal, has axed his morning newscast.

The reason? “Austin has four great television news morning shows that are all essentially the same,” the GM has said to several publications, including the Austin Business Journal. The newscast will be replaced by a morning radio show that will be broadcast from the Mix 94.7 studio.

Fred is a longtime Austin media personality, previously having worked as anchor at KVUE (ABC) and other TV and radio stations since 1980. He was also voted Austin’s favorite TV anchor 4 years in a row (2003-2006). 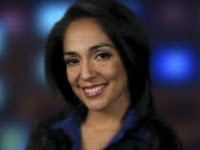 His co-anchor Michelle Valles had recently joined the morning team. Michelle previously worked at KXAN. She left the NBC affiliate in September of last year, after contract negotiations went nowhere.

No word yet on the station’s plans for the two anchors.