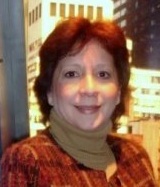 Berta Castañer has been hired by Cablevision as Assistant News Director for News 12 Bronx and News 12 Brooklyn. She starts the new job on March 22nd.

Berta was previously VP of News for the Telemundo Station Group, a job she held from 2005 until May of last year. Before that, she worked 8 years with the network as a Sr Executive Producer for News and Specials.

Prior to joining Telemundo, she was News Director for the Univision station in Chicago for 2 years.