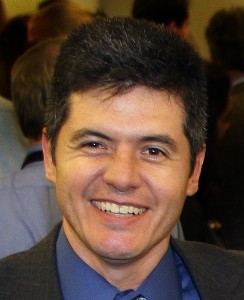 Luis Alonso, a deputy Latin America editor in Mexico for the past four years, has been named Spanish-language correspondent in Washington, D.C. His last day in the Mexico is April 30. He starts the new gig in D.C. on May 3rd.

“I am very happy for the privilege to report for AP from Washington. It will be thrilling to be a reporter again, after a decade as a translator, editor and manager,” Luis tells me.

In his 20-year career, Luis has worked in Venezuela, Spain, the U.S. and Mexico. Luis joined the AP in 2001 to help build its first Spanish-language multimedia team, and ran the Spanish Online service until late 2005, when he became deputy director of AP’s Spanish service in Mexico.

He previously supervised the Spanish-language content for starmedia.com in New York. He started out as a reporter for the Venezuelan newspaper El Nacional in Caracas. He was also a correspondent for the Spanish newspaper ABC.