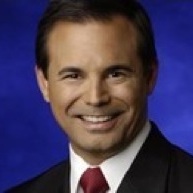 TXA21, sister station of CBS-11 in Dallas, has eliminated its weekend newscasts… and its anchor/reporter. Chris Salcedo’s last day was Friday, according to Uncle Barky.

Chris was originally hired in September 2006 to anchor weekdays. He was moved to weekends in November of last year. Prior to joining TXA21, Chris worked 7 years at KSWB-5, the San Diego Fox station.