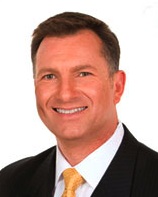 As of Labor Day Monday, Jaime Garza is no longer on the anchor desk. He had been anchoring the 5:30 and 10 pm newscasts at KTXL-40, the Tribune-owned Fox affiliate in Sacramento.

The multi-Emmy award-winning reporter, who during his first year at the station picked up an Emmy for best anchor, is back on the street reporting. The demotion takes place 2 years after he joined KTXL.

He will be replaced by Stefanie Cruz, who joins the Fox affiliate from KMAX-31, the CW affiliate in the same market. Sources tell me Jaime was going to be part of a 3-anchor team, but in a story in the Sacramento Business Journal, the creative services director states he will “anchor newscasts on occasion.”

Sources tell me there are politics involved. The new hire, which begins co-anchoring on Monday, previously worked with KTXL’s current news director. Questions are also arising about the elimination of several Latino on-air talent. A year ago, reporter Jamie Soriano was let go after 2 years at the station, and just this past week Kenny Lopez was also given his walking papers. Talk is that Jaime’s demotion is the first step in the same direction, despite having received rave reviews of his work from management.