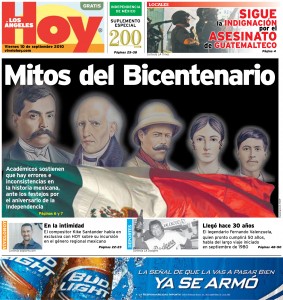 L.A.’s weekend weekly Fin de Semana, a sister publication of Hoy newspaper, both owned by Tribune, is increasing its circulation by 40% – from 500,000 to 700,000 copies starting next month.

According to Reynaldo Mena, the paper’s editor, Fin de Semana will expand its coverage to include more investigative reporting, a greater local entertainment section and a sports guide.

With a circulation of 145,000, the other edition of Hoy is published Fridays and distributed via newsracks.