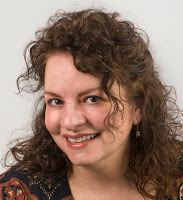 Joanna Hernandez is the new president of UNITY, Journalists of Color. She succeeds Barbara Ciara.

Joanna’s term as president begins Jan. 1, 2011 and runs through Dec. 31, 2012.
Joanna, who was most recently serving on the board as Vice President, is a Multiplatform Editor at The Washington Post. She previously worked as copy editor for The Record and the Herald News in New Jersey. Before that she was director of the Feature Production Center for The New York Times Regional Media Group.