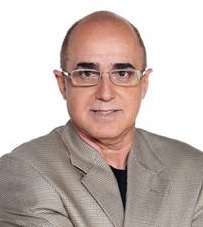 Eduardo Suárez has been named to the newly created position of VP of Programming for CNN en Español. He’ll be based in Miami and will frequently travel to the network’s bureaus and Atlanta hub.

Eduardo will be responsible for the strategic planning and execution of all the network’s programs, specials and on-location events. He will also supervise the creation of all new media content.

Eduardo was most recently VP of Productions and Programming for Mega TV.