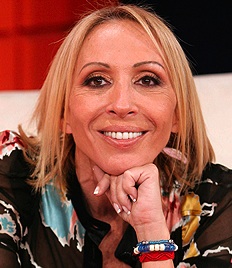 Her previous show, TV Azteca-produced “Laura de Todos,” aired on Azteca América for about 2 years. Before that, she had a multi-year run on Telemundo.

She was involved in a political scandal, with accusations of bribery, which resulted in her being under house arrest in Lima, from 2002 to 2005.