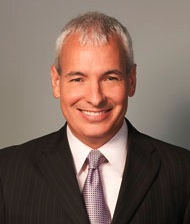 After 14 years with CNN en Español, Alberto Padilla is no longer with the company. Management informed him of their decision to end his employment at the network last week. Yesterday was his last day.

Alberto has been the financial and business news anchor for CNNE since March of 1997, when the network launched its 24-hr news operation. He was the host of “Economía y Finanzas,” a daily financial news show.

Alberto tells me he wasn’t surprised by the new management’s decision to end his run at the network. “CNNE is going through some profound changes. I was questioning some of the changes that were being instituted,” he says of the recent talent and show changes, as well as the new political tendencies of the recently revamped network.

“This new management is not one that tolerates any questions,” he says. He also points out that viewers aren’t pleased with CNNE’s new look: “The changes are alienating the public who has been loyal to the network for so many years. They’re looking for a new audience. But if you read the comments on the social network sites, the viewers are not pleased with what they see on the air.” He refers to scathing reviews on Facebook and Twitter.

As to his future plans, Alberto says he’s looking forward to being a multi-platform independent journalist. During his career at CNNE, he has been a regular guest editorial writer for several publications in Latin America and has been an active speaker in professional groups and conferences.

Prior to joining CNNE, Alberto was host and producer of “Línea Financiera,” a financial show on Televisión Azteca in Mexico. He also collaborated with CNN World Report from Mexico City and worked as a TV and radio news anchor in his native Monterrey.

An insider tells me that CNNE has already hired his replacement – Xavier Serbia. He’s a former member of the boy band Menudo, who is now a financial specialist and commentator. He’s the author of the “Conexión Dinero” column, which is featured on Yahoo! Finance in Spanish.