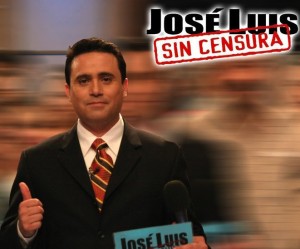 The National Hispanic Media Coalition and the Gay and Lesbian Alliance Against Defamation want the FCC to force Liberman Broadcasting to yank José Luis Sin Censura off the air. Both organizations argue the show is indecent and promotes violence against gays.

“José Luis Sin Censura” is a raunchy show often described as the Spanish Jerry Springer show. You can be sure to see shouting matches, fights, almost naked women, and lots of foul language, including anti-gay slurs, with some of it bleeped out.

The show has been on the air for over a decade on LBI’s KRCA-62 in Los Angeles, in syndication in other countries, and now available on national airwaves through the parent company’s Estrella TV network.

NHMC President Alex Nogales told the L.A. Times the show was “pornography” and was concerned the show encourages “people to go and beat up the people who are declaring themselves to be gay.”

The complaint, which can be read on NHMC’s site, is almost 200-pages and includes a dictionary of the Spanish words that are regularly heard on “José Luis Sin Censura” that GLAAD and the NHMC find particularly offensive.