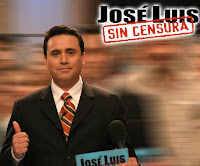 Months of campaigning against the “José Luis Sin Censura,” by the National Hispanic Media Coalition (NHMC) and the Gay & Lesbian Alliance Against Defamation (GLAAD) is paying off. Two major companies have pulled their ads and 2 affiliates have taken the controversial program off their air.

NHMC and GLAAD announced yesterday that AT&T and Time Warner Cable have withdrawn advertising from the show, because of its offensive, obscene and violent content.

WSVN-TV in Miami dropped the program from its digital channels while KCTU-TV in Wichita eliminated the entire Estrella TV network from its multicast channel due to its objectionable content.

The pressure has finally prompted a response from Liberman Broadcasting, producers of the show. According to NHMC, the network has reached out to both organizations to start a dialogue. A meeting is scheduled for later this month.