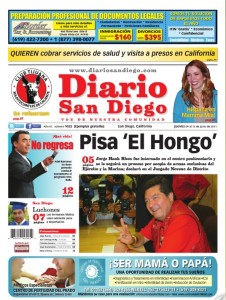 After more than 7 years in the market, Diario San Diego is closing its print and digital editions.

“The harsh economic conditions affected us severely,” says José Santiago Healy, the paper’s President and Publisher. “Last year we were very hard hit by a significant loss of income, which only got worse in 2011.  We lost several national clients, and even though we tried hard to keep going, it became clear that continuing to operate was unsustainable.”

The paper currently has 10 part-time and full-time staffers, who will be out of a job after this week.

José says that all San Diego Spanish-language papers were hard hit by the recession, but that being the youngest publication in the market made his paper most vulnerable.

The final print edition of the weekly will be June 16.  The paper’s web version, DiarioSanDiego.com, will remain online until the end of the month. 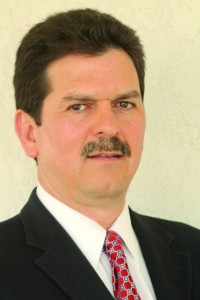 As for José, he says he’s saddened, but ready to end this phase of his career. “For the time being, I’ll be writing for several publications in Mexico and here in the United States as an independent journalist.  I’m also going to do some consulting.”

José launched Diario Latino in 2003 as a daily.  He renamed the paper Diario San Diego in 2005 after settling a legal dispute in 2005 with El Latino, also of San Diego.  A year later, he changed the frequency of the paper to twice a week, eventually downsizing to a weekly in 2008.

Before starting the paper, José managed the family business – Healy newspapers – in Mexico for 20 years, overseeing operations for El Imparcial in Hermosillo, La Crónica in Mexicali and Frontera in Tijuana.