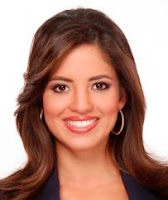 Pamela, who was named co-anchor of WLTV-23’s morning weekday newscast in 2008, recently left the desk to become a correspondent for “Aquí y Ahora.” She has been with Univision in several capacities since 2003.