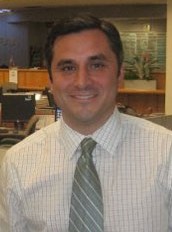 Former WFAA reporter Bert Lozano died Wednesday after suffering a heart attack on Sunday.  He was 42.

Bert, who worked at the station from 2004 to 2007, left WFAA to work as a Vice President for public relations firm Weber Shandwick in Dallas. He previously spent 5 years as a reporter at KSAT-12, the ABC affiliate in San Antonio.  He started his TV career at KRGV in the Rio Grande Valley.

WFAA anchors yesterday remembered him with a video tribute.