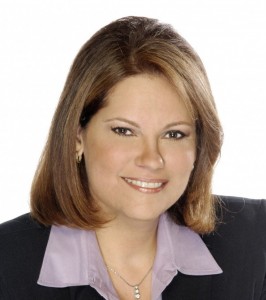 Sources tell me that Alina Falcón has been hired at Telemundo as VP of News.  Telemundo reps won’t confirm, but they’re not denying the hire.

Rumors have been swirling since last week and have intensified in the past two days that the former Univision News President is joining Telemundo and that the announcement will be made either later today or tomorrow.

Alina was ousted from Univision in December of last year and replaced with Isaac Lee.  She had been with Univision for 26 years.

Sources also tell me that María López-Alvarez, another former Univision exec ousted in May of this year, will also join the Telemundo news department.