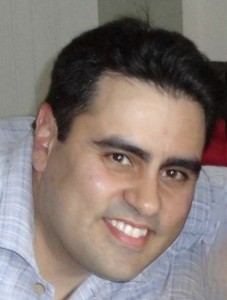 Steve Malavé returns to TV after an 11 year absence, as  Senior Content Producer of News for MundoFox.  He’ll be directly responsible for the production and editorial supervision of the live East Coast newscast (Eastern/Central Time Zones).  He officially started the new job on Monday, July 16th.

“This was truly the ideal scenario to return to the newsroom. It culminates my many years of experience as a journalist on both the East & West Coasts,” Steve tells me.

For the next couple of weeks, he’ll be working from the New York area developing a pool of potential freelancers and contributors on the East Coast. He’ll be moving back to Los Angeles and start working from MundoFox headquarters on Monday, July 30th.

Steve says working for the new network is an incredible opportunity. He believes MundoFox will make a difference in the Hispanic media marketplace.

“The great thing is that we at MundoFox are offering viewers on both coasts a ‘live’ daily Monday through Friday broadcast.  No other network is doing that.  National newscasts are produced and aired live for the East Coast and then are tape-delayed for other time zones.   MundoFox viewers on both coasts will be able to count on us to give them a live newscast containing culturally relevant, timely, news and information tailored for their region.”

Steve was most recently President & Owner of Malavé Media, a multimedia consulting firm. He was previously News Director for NPR affiliate WUSF  in Tampa.  Before that, he was News Director of  Univision’s WXTV in 2001 and
Assistant News Director for KMEX in L.A. in 2000.

He started his career as a news writer and associate producer at WNBC and was a reporter for WCBS radio before moving into management.