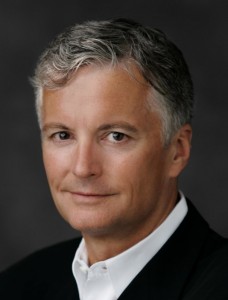 David Neal, who has named Sr VP of Production for Sports for Univision less than a year ago, has left the network.  He joins Fox Sports Media Group as Executive Producer, WORLD CUP ON FOX. He’ll report to John Entz, FSMG’s Executive Producer.

In his new role, he’ll develop and oversee coverage for the FIFA World Cup across all FOX Sports platforms including broadcast, cable and digital.

Media Moves interviewed Neal in April about the new sports network and Univision’s plans after it lost the World Cup rights for the 2018 and 2022 games. At the time, he didn’t want to discuss World Cup plans beyond 2014 in Brazil, the last games Univision has rights to.

Telemundo beat Univision for the Spanish World Cup rights in the U.S. while Fox outbid  ESPN for the English rights.

Prior to Univision, Neal worked at NBC for 30 years, producing 9 Olympics.

Interestingly, his bio on the FSMG press release makes no reference to his role at Univision, mentioning only that he had led his own production company for the past two years.