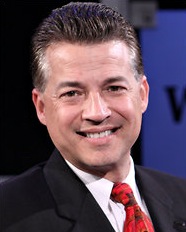 José Fajardo, President and CEO of WMFE, announced today he is leaving Orlando’s 90.7 FM public radio station effective December 1st, although he’ll be gone on vacation most of November. He has said his departure is amicable and that he plans to “continue on a new path in my career.”

Fajardo last year pushed for WFME television station to withdraw from PBS due to the high affiliate costs. The sale of Channel 24 was finalized last month. University of Central Florida paid $3.3 million for it.

According to a WFME News story, Fajardo considered his diminished role – overseeing only the radio station – didn’t justify his $172,000 compensation and advised the WMFE Board of Trustees to restructure the management role, creating a radio station manager role when the sale of WMFE’s TV license was completed.

Fajardo started at WMFE in 1996 as Programming Director for radio. He became President and CEO of WMFE in 2007. Prior to WFME, he was General Manager of Central Texas public broadcasting stations KNCT TV/FM for 9 years.  Before that, he was a sales executive and Operations Manager at KTEM/KPLE Radio in Texas. He began his broadcast career as an on-air anouncer for KNCT in 1983 and a year later moved to a reporter/news anchor position with KTON-AM/FM in Belton, Tx.