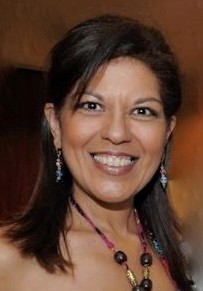 Nohemí Alarcón died on Wednesday night from a postsurgical infection.  She was 46.  Nohemí had battled esophageal cancer and had been in remission.  The most recent surgical procedure was her fourth, according to a story in El Nuevo Herald.

For the past 6 years, Nohemí was the Community Relations and Urban Marketing Regional Director for AETNA in Miami.  From 1997 to 2006 she worked at El Nuevo Herald as a columnist and anchor of a daily segment promoting the paper on Telemundo 51.  She previously did a short stint as a weather anchor/producer for The Weather Channel in Atlanta.

Nohemí started her broadcast career as a general assignment reporter in San Jose for Univision’s KDTV-14.

She is survived by her 24 year-old daughter Liz Rebecca, 72 year-old mother Dora López and 3 brothers.

Funeral services for Nohemí will be tomorrow Saturday, from 5 to 9 pm at Fred Hunter’s Funeral Home.