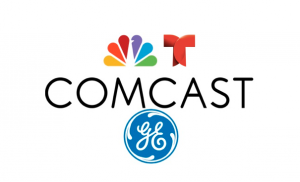 Comcast announced today it will pay $16.7 billion to buy out General Electric Co.’s 49% interest in the NBCUniversal joint venture – years earlier than expected.  That will give Comcast  full control of the venture’s programming unit.

Under the original terms of the merger, finalized in 2011, Comcast was scheduled to buy a larger stake in NBCU from GE over a 7 year period, starting in July of 2014.

“This is an exciting day for Comcast as we have agreed to accelerate the purchase of NBCUniversal. The management team at GE has been a wonderful partner during the past two years and their support has been very valuable. Our decision to acquire GE’s ownership is driven by our sense of optimism for the future prospects of NBCUniversal and our desire to capture future value that we hope to create for our shareholders,” said Brian L. Roberts, Chairman and CEO, Comcast Corporation in a statement.

It’s expected the acquisition will be completed by the end of March.

The New York Times reports the rush was due “in part because of the clash in corporate cultures” making television executives from both sides “eager to accelerate the sale.”

Comcast will pay $11.4 billion in cash. The remaining $5.3 billion will be funded with debt and the issuance of stock.

Comcast had an almost near record-breaking year.  It generated $20 billion in operating cash flow during the fiscal year 2012.

Once the acquisition of the GE stake is complete, Comcast will own 100% of Telemundo.