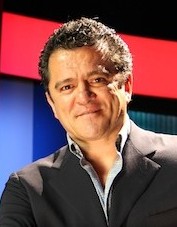 Hermosillo is a former member of the Mexican national soccer team, where he was once the all-time leading scorer with 35 goals.  He was also part of the  Mexican League soccer clubs’, America, Cruz Azul, Atlante and Guadalajara. In 2002 he became the Sports Director for the Spanish national soccer team and in 2006 was named the head of the National Commission for Sports, the Mexican government’s office in charge of all sport policies in the country.