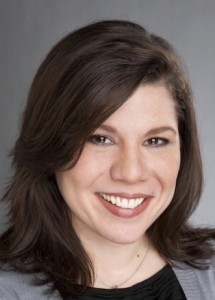 Christine Maggiore-Escribano has been promoted to Senior Vice President, Integrated Marketing Solutions at Telemundo Media. She’ll be based in New York and report to Jacqueline Hernandez, COO and Mike Rosen, EVP of Ad Sales and Integrated Marketing.

In this role, she’ll lead the marketing and network sales teams in maximizing integrated marketing solutions to drive revenue across the organization. She will oversee the development and implementation of strategic marketing initiatives for clients across Telemundo Network, Digital and mun2. Her responsibilities will also include growing Branded Entertainment strategies for deals in the Upfront, increasing Hispanic leadership within NBCU initiatives, developing Branded Entertainment for Telemundo’s wide portfolio of digital properties and infusing research studies and consumer insights into integrated marketing solutions.

Prior to Telemundo, she was Associate Publisher, Marketing for Home & Garden Group, Readers Digest Association. She was previously Brand Director for People en Español magazine.