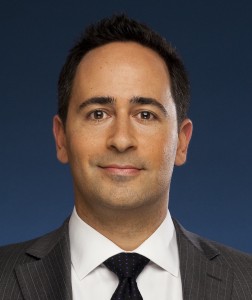 David Beck is being promoted to Sr Vice President, Social Media.  He’ll be reporting to César Conde.  His promotion comes less than a year since he was named Vice President/General Manager of Social Media for Univision.

Under his leadership, Univision has expanded its social media efforts across all of the network’s platforms with its telenovela social strategy and special events. As a result, Premio Lo Nuestro, which delivered the most socially active awards program in Univision history, with more than 320% in engagement from 2012, brought in the third-most engaged audience of any entertainment awards show so far in 2013 regardless of network and/or language.

Beck started at Univision in 2009 as VP of Strategic Initiatives in the Office of the CEO.  Prior to Univision, he was with Bain & Company where he worked with companies such as Comcast, American Express, Arbitron, and top tier Private Equity firms on growth strategy. He previously held strategy and business development roles at MTV Networks and Viacom.