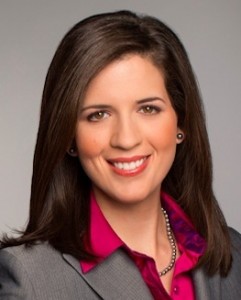 Alina Machado has joined CNN as an Atlanta-based correspondent. The network announced Alina will report for CNN, CNN en Español and CNN Latino.

She was most recently a reporter for the ABC-TV affiliate WSB-TV2 in Atlanta and before that, she was at ABC 11 – WTVD in Raleigh.

Alina previously worked in Milwaukee as a bi-lingual anchor and correspondent for duopoly Telemundo WDJT-TV/CBS-58, serving as a general assignment reporter for WDJT CBS-58 in English, while anchoring for Telemundo in Spanish.

She started her broadcast journalism career at NBC-TV affiliate WGEM-TV in Missouri, while studying at the Medill School of Journalism.