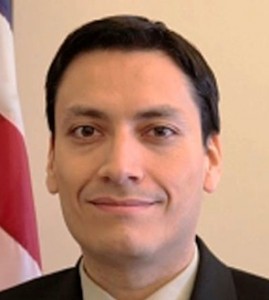 Luis Miranda has left his job as White House Director of Hispanic media. After 4 years in that role, he stepped down to become a communications consultant in the private sector. His last day was Friday.

In a story published in the Miami Herald, Miranda is credited with improving access to the White House for Hispanic media, organizing the first bilingual White House daily news briefing, and extending invitations to Hispanic TV anchors to off-the-record luncheons with President Obama  before big speeches, including his State of the Union address.

Although there had been previous attempts to do outreach to Hispanic media, Miranda’s position was the first to be dedicated to the Hispanic press, answering questions for print reporters and appearing on radio and television, speaking for President Obama in Spanish.

According to the Herald, Miranda says The White House will fill his position.

Prior to his White House job, Miranda was Deputy Communications Director for the Democratic National Committee.