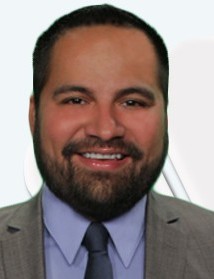 Ernesto Romero has been promoted from Managing Editor to News Director at KYMA News 11.  He takes over from Luis Cruz, who left the station at the end of Feburary sweeps to become executive producer of afternoon news and programming at the recently launched U-T TV.

In his new role, he’ll be in charge of day to day news operations. He says his news team works hard to compete:

“We are always trying to do more, and play like we are in a bigger market. I work with my anchors and reporters to make them better, so they can move on to a bigger market, doing what they love to do.”

That philosophy is shared with his predecessor.

“My former news director Luis Cruz mentored me to be the person I am today. With the many things I’ve learned from him and other great leaders that have come through our doors, I am confident I’ll be able to take our team to the next level.”

Ernesto, a native Yuman, has been at KYMA since June 2009, when he was hired as a producer – his first TV job. He was promoted to Managing Editor in 2011 and officially promoted to News Director last Friday, March 8.