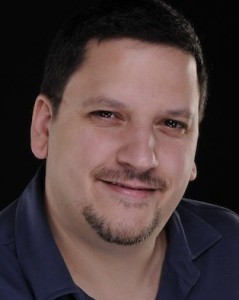 Hispanicize 2013 is just three weeks away.  The event has grown way beyond its initial scope of a conference to connect bloggers and marketers.  Last year, its founder, Manny Ruiz, added a film festival.  And this year, he’s expanded the event to include a music festival and a journalism track.

Also this year, Media Moves teamed up with Hispanicize to create a contest that will bring more awareness of the event and the shared opportunities for journalists. The winning journalist will travel to Miami to attend the big event, courtesy of Hispanicize.  The last day to enter is today, March 20, until at 11:59 pm PT.

Manny says he wants to turn Hispanicize into the Latino South by Southwest (SXSW).

Media Moves talked to him to ask how it all started and what he hopes to accomplish.

MR: Hispanicize 2013 is the annual Latino trends event for Hispanic bloggers, journalists, marketers, filmmakers and music artists.  There is quite simply nothing even remotely like it –  5 days, 90 sessions and more than 260 of the nation’s leading thought leaders from these industries.  By day, the event is focused on professional development, networking and exhibits.  By night it turns into music and film festivals.

MM: How did you come up with the concept?

MR:  It may sound strange but I built Hispanicize as a platform that would help me with my still pending career in filmmaking.  That doesn’t make any sense to some but that’s the truth.  I always believed in the potential of the event to scale up into something much more dynamic than a plain old conference.

MM: Why do you have so many industries involved?

MR: The fact that multiple industries are involved at one place at one time is what makes Hispanicize 2013 truly unique.  It’s fair to say it’s SXSW meets Latino.  With the growth of digital and social media all of these industries are converging, colliding and collaborating in new and exciting ways that are transforming all of them.  The digital link is one of the biggest attributes of the event, but the other things that hold all this great content and speakers together is the fact that all of these industries are content creators and all are culturally connected by being for or about the U.S. Hispanic experience.

MM: Aren’t you overextending yourself and going outside the scope of your original mission?

MR: In the beginning, the event was simply called the Hispanic PR and Social Media Conference.  We held the first conference in Dallas and it was an immediate hit with brands, because we thrust brands into the spotlight.  By the time the first event was over, I determined that we had to evolve into being the Latino version of SXSW.

Years before Hispanicize was born, I had purchased the domain name.  Hispanicize had sizzle and more importantly, allowed us to redefine what it was without strapping us down to being just about one thing.  The name has served us very well.  In 2011 we added the Latino bloggers full scale into the event.  In 2012 we added the Latino filmmakers.  This year we’re going hard after Hispanic journalists and the Latin music industry.  Hispanicize is a brand that has come to represent much more than what it would have with the old, limiting name.  It’s also no longer just a conference.  It’s an event.

If you look at our schedule of sessions, you’ll see that many classified as a journalism session, or marketing session, or filmmaker session sometimes appear to overlap into other industries.  It’s the reality we’re living in.  Today’s journalists have to be competitive and have to know a little bit about everything.  The same is increasingly true of filmmakers, marketers and really, everybody.  The original mission was always created to evolve and it has evolved with what’s most relevant.

MM: What’s your background in journalism and media?

MR: I consider myself many things and one of them is a journalist.  I started my communications career more than 25 years ago and at one time worked as a police writer for The Miami Herald, where in the early 90s I was part of the staff that won the Pulitzer Prize for community service journalism.  My training as a journalist informs almost everything I do.  I got into PR by mistake and then in 2000 founded Hispanic PR Wire (now owned by PR Newswire) and the Hispanic Digital Network, the first network of Hispanic newspapers online.

Today I lead the nation’s largest privately owned Latino social media company and annual event which collectively is known as Hispanicize but also includes Latina Mom Bloggers, Being Latino and now DigiBunch.  Media, marketing and social media are in my blood, which is where I come up with all these ideas for the Hispanicize event.

MM: Why did you decide to launch a Hispanic Journalist Showcase at this year’s Hispanicize?

MR: Frankly, it was overdue.  From the beginning, we’ve always had strong participation from Hispanic journalists. But until this year, the event was mostly about covering the event and the newsmakers we bring together.  Reporters would tell us they loved the event, but wish it had even more content that was specifically about them.

We launched the Hispanic Journalist Showcase to address many of the key economic and career needs of reporters and we are very honored that Soledad O’Brien joined our advisory board as the co-chair of the entire event.  Soledad’s selection is a testament to our commitment to make the annual Hispanicize event hyper relevant for journalists.

MM: There are other journalism organizations that provide professional development for journalists.  Among them, the National Association of Hispanic Journalists (NAHJ). By doing the journalism track at Hispanicize, aren’t you directly competing with NAHJ?

MR:  We’re very different than the NAHJ in that we’re not a non-profit and we’re not solely focused on serving Hispanic journalists. We respect and have supported NAHJ throughout the years. I don’t see us as competitors, but as having complementary agendas.  A lot of our sessions have content that directly overlaps with NAHJ, but we’re simply trying to provide Hispanic journalists with a terrific experience that meets their needs professionally and personally.

Our Hispanic Journalist Showcase deliberately addresses the fact that in today’s world of layoffs and furloughs Hispanic journalists must revamp their careers and think more like media entrepreneurs.  This is the reality we’re addressing in our agenda and one of the reasons why we’ve got the media following that we have.  Our event’s value proposition is a win-win for journalists. They can come to cover the event, they can come to get professional development, or they can do both in an incredible setting that does not exist anywhere in the United States.  In this and in many other ways, we will continue to help journalists and journalist organizations that want to partner with us.

MM:  Why do you say that  journalists need to be more like entrepreneurs?

MR: The digital and social media transformation of media have made these both scary and fun times to be in journalism.   On the one hand, the industry is not as stable as it once was.   You see continuous headlines about reporters getting their hours reduced, laid off or furloughed.  On the other, social media is liberating journalists to become solo-powered media companies.  Many bloggers, for example, are starting to make a decent living as media entrepreneurs.  Why not journalists?

It’s my firm conviction that the new models of journalism and content marketing require journalists to be more enterprising than ever before.  It’s a strange position for journalists, because most of the time they’ve been told, “all you do is report” or “all you do is take photos” or “video” but those old models are gone.  Today there is growing room and revenue for industrious Hispanic journalists who apply themselves to becoming great bloggers and entrepreneurs.  Our event’s agenda is packed with those types of sessions because they are part of this new reality and we want to be at the forefront of helping journalists.

MM: What’s the best day for journalists to attend?

MR: By design every day is configured to be packed with robust content.  The reason for this is because most people that come to Hispanicize will be here for three days.  It’s our job to make those three days count fully regardless of whether someone is coming Tuesday/Wednesday/Thursday, Wednesday/Thursday/Friday or Thursday/Friday/Saturday.  When you look at the schedule you will see that picking which day to come is a torturous process.  That makes our event solid any day.

Journalists are the VIPs of the event.  We are confident they will find Hispanicize 2013 to be very uplifting.