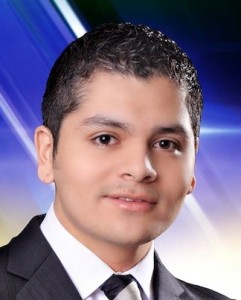 Edén Soto Alva has landed a job as a reporter at Univision’s KUVN-23 in Dallas.  He’ll be on the air Thursday-Sunday.  His first day was Thursday, March 7.

Edén joins the Dallas station from Las Vegas, where he spent 2 years as a multimedia journalist and back-up anchor for  Noticias Univision Nevada.

The new job marks a return to the station where he interned and got his first post-college television job as floor manager for “Noticias 23” and “Vive la Mañana” in 2011.