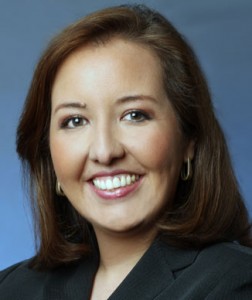 This is a second promotion for Mónica, who joined Univision in 2008. She was last promoted in 2011 to her most recent position of SVP of Corporate Communications.

She’ll continue to be responsible for overseeing all corporate and internal communications, programming public relations and the Company’s media relations efforts.

Prior to joining Univision, Mónica spent more than 10 years at Fleishman-Hillard, where she was a SVP/partner, senior counselor and strategist for general and Hispanic market initiatives for several key clients, including AT&T, the Department of Homeland Security and Procter & Gamble.

Earlier in her career, she served in public relations and communications roles at Enron Latin America and the Texas Department of Commerce.