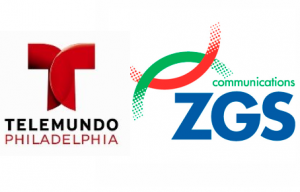 Seeking to lower its debt load, ZGS Communications is selling its Philadelphia station to Telemundo for $19 million, according to a filed FCC application.

ZGS will make a $9 million profit from the sale. It bought the station from Hispanic Broadcasters of Philadelphia for $10 million just 5 years ago.

ZGS has issued the following statement on the sale:

“ZGS Communications  has entered into a transaction to sell WWSI-TV to Telemundo Mid-Atlantic LLC, part of the NBCUniversal Media Group.  ZGS acquired the station in 2008 and operated WWSI as a Telemundo affiliate for the past 5 years.  We are delighted the station is staying in the Telemundo family.  Philadelphia is a fantastic market and a great opportunity for Telemundo.

The sale of WWSI is an important move for the company to re-set the capital structure and to significantly strengthen its  financial and operating capability.   ZGS will use the proceeds from the transaction to repay most of its senior debt, to continue to invest in the enhancement and expansion of its current operations as well as to actively pursue future growth opportunities.”

The deal is pending approval, which the company expects will be in aproximately 3 months.