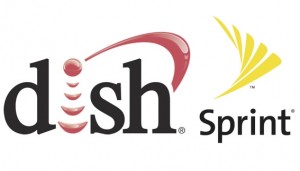 DISH has made an unsolicited surprise $25.5 billion bid to buy Sprint.  The Dish bid comes 6 months after Japan’s SoftBank Corp. made a $20.1 billion offer for Sprint.

DISH network is the No. 2 U.S. satellite television provider. Sprint is the country’s number-three wireless carrier. The Sprint bid would also give DISH access to wireless broadband provider Clearwire.

Sprint owns 50.45% of Clearwire and in December offered $2.2 billion to buy the rest of the company.

Acquiring Sprint would allow DISH to package internet and phone service with its satellite offerings and target younger consumers, who bypass TV for digital platforms like Netflix, YouTube and Hulu.

Latinos are among the heaviest cell phone users and consumers of online video from mobile devices.

According to Pew Hispanic research and analysis, Latinos own smartphones and use internet from mobile devices at similar—and sometimes higher—rates than do other groups of Americans.

A Pew survey shows 76 % of Hispanic internet users say they access the internet on a cellphone, tablet or other mobile handheld device.

In a press release, DISH states the deal consists of $17.3 billion in cash and $8.2 billion in stock, with Sprint shareholders getting $7.00 per share.  According to DISH, “The cash portion of DISH’s proposal represents an 18% premium over the $4.03 per share implied by the SoftBank proposal.”

In a very brief statement, it confirmed receiving “an unsolicited proposal from DISH Network to acquire the Company. The Company said that its Board of Directors will evaluate this proposal carefully and consistent with its fiduciary and legal duties. The company does not plan to comment further until the appropriate time.”