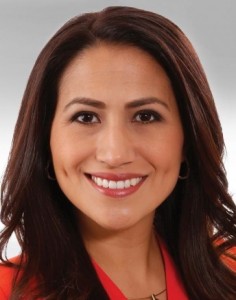 Amanda Perez has moved back to Houston to join KPRC-2 as a reporter.  She starts the job at the NBC affiliate today.

She was most recently weekend evening anchor for KFSN-30.  Amanda spent 7 years at the ABC O&O in Fresno, where she started as a reporter in 2006.

She was previously anchor/producer at KAVU-25, the ABC affiliate in Victoria, TX.

The new job marks a return to KPRC for Amanda, who started her broadcast career as an editor at the station before landing her first on-air job.