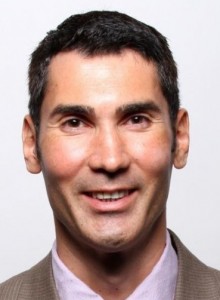 David Plazas, Engagement Editor at The News-Press in Fort Myers, won the 2012 Gannett Leadership and Diversity award for an individual.  He was chosen among 4 finalists.

The award is one of several given out by Gannett as part of its companywide employee awards program.  The announcement was made yesterday during a ceremony honoring all the company winners at its corporate headquarters in Virginia.

“I am truly honored and humbled to have received Gannett’s Leadership and Diversity Individual Award. I would not have achieved this milestone without numerous mentors and colleagues in my life who supported me in my career and life goals,” says David. “To me, diversity is about expanding the pool of talent – about being inclusive – and expecting more out of that talent to prepare a team or an organization for greater success.”

David has been with The News-Press in several roles for 13 years.  In his most current position of Engagement Editor, he leads the newsroom’s efforts in reaching and growing audiences through digital, mobile and social media.  He was previously Editor of community conversation, where he oversaw opinion in Fort Myers’ print and digital pages.

David
is actively involved in public service journalism and especially in community engagement.

He has also been a mentor of the NAHJ student projects for the past 3 years.