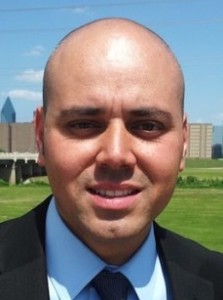 Abraham says he’ll be covering the entire Dallas-Fort Worth-Arlington area. His first day on the job was yesterday.

He previously worked at KOSA-TV, CBS 7 in Midland/Odessa where he was a one-man-band reporter. Abraham started his broadcast career as associate producer at the station in 2009.