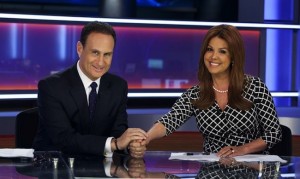 Telemundo news execs had been testing María Celeste in the national newscast since December.

José Díaz-Balart was previously a solo anchor for the 6:30 pm newscast.