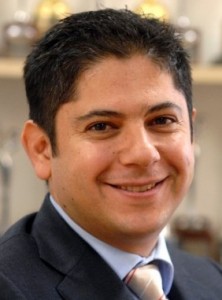 FOX International Channels today announced it has promoted Diego Londoño to Chief Operating Officer (COO) of its European and African units, effective immediately.  He will continue to keep his role as President of FIC Italy & Germany.

He’ll be based in Rome and report directly to Jesús Perezagua, President of FIC Europe & Africa. The appointment adds decision-making responsibilities across pan-European and African programming, production, branding, communications, research and strategy to Londoño’s existing role.

Londoño is a 15-year veteran of FIC, where he has worked in multiple capacities and offices since 1997. In May 2007, he was named President of FIC Italy & Germany with full responsibility for the operations of the company in both countries. Prior to that, Mr. Londoño was Vice President Marketing, Sales & Research at FIC Italy with a specific focus on channel strategy and positioning, marketing and communications.

Before moving to Rome, he spent five years in FIC’s Los Angeles offices where he was in charge of all marketing, communication and digital activities for FOX, National Geographic Channel and FOX Kids throughout Latin America.