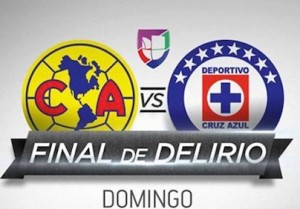 The Liga MX final broke records on Univision, making the Spanish-language net #1 in primetime among adults 18-34 and 18-49 on Sunday night.

Airing live from Azteca Stadium in Mexico City, Mexico on Sunday, May 26 from 8:50 p.m. to 11:46 p.m. ET, the Liga MX final was Sunday’s highest rated primetime program, regardless of language, on all of broadcast television with Adults 18-49 and Adults 18-34. The match also made Univision the #1 broadcast network in primetime among Adults 18-34, beating ABC, CBS, FOX and NBC.

Univision Deportes holds the most media rights to the Liga MX, including Club América, and will welcome rights to the Cruz Azul and Chivas teams in July 2013.

In local markets, the Liga MX final made Univision the No. 1 broadcast station during the time period in the following markets: