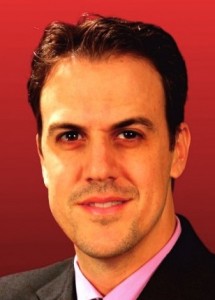 Sebastián Tonazzi has joined Telemundo Denver-KDEN as the station’s Marketing and Promotions Manager.

He was most recently at KTVW-33, Univision Arizona where he led the efforts for the Creative Services Department.  During the more than 5 years he was at Univision 33, he was also Executive Producer of “Teledía,” a Saturday morning show.

He has also held positions in corporate communications and promotions departments.